Holy Spirit Episcopal Church has a long and distinguished history in Missoula. In 1870, just sixty-five years after Lewis and Clark's journey through the area, Bishop Daniel Sylvester Tuttle arrived in Missoula from Virginia City, Montana, and held the town's first Protestant worship services. The following day he purchased a lot which was to become Holy Spirit's first home. In 1882, under the leadership of the Rev. George Stewart, Missoula's first resident Episcopal minister, ground was broken on the lot Bishop Tuttle had purchased. Two years later the frame chapel was sold and moved, and a brick church was built on the property.

With the completion of the Northern Pacific Railroad in 1883, Missoula experienced rapid growth. The Church of the Holy Spirit likewise grew under the Rev. Stewart's care and played an important role in Missoula's growing social life. Many of the town's most prominent citizens, for whom some of Missoula's streets are named, were active leaders of the parish. During this founding period, the Women's Guild was particularly busy, providing both ecclesiastical support with vestments and altar linens and financial support through organizing socials and suppers.

Parish status was achieved during the ministry of the Rev. Charles Linley, who led the church from 1890 to 1907. A full vested choir, the first in Montana, was introduced in 1893. In 1914 the vestry voted to purchase the current church site. The former site was sold to the Missoula School District and the building torn down. (The stained glass window shown above was saved from that building, and later installed in our current building as a memorial to those who have struggled with serious illness). The cornerstone of the new building, taken from the church's original foundation, was laid on August 22, 1915, by Bishop Frederic Faber, assisted by Holy Spirit Parish's rector, the Rev. Henry Gatley. A rectory adjoining the parish hall was constructed in 1933; the rectory was converted into the church office in 1971 (shown at right, below). 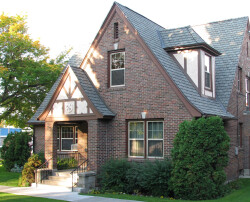 Through the twentieth century, Holy Spirit Parish grew, adding parishioners, expanding church facilities, and continuing to be an important presence in the Missoula community. In the 1950s and 60s the church was engaged in frequent debate over whether the parish should become High Church or Low Church, having been led by rectors with differing styles. From the 1970s through the present, Holy Spirit has charted its course as a centrist church, engaged in social outreach throughout the Missoula community and beyond. Though an altar guild remains an active part of parish life, the many guilds formed during the early part of the twentieth century have mostly been replaced by ministries (committees) of the vestry, lay ministries, and other volunteer groups.

Holy Spirit Memorial Foundation, established in 1972 and incorporated as a 501 (c) (3) in 1995, oversees memorial gifts given to the church. The foundation's funds are used to maintain and improve the church's physical facilities, support continuing education for clergy, and promote charitable and humanitarian activities.

Read more about the history of Holy Spirit here.

Read about the windows and symbols in Holy Spirit Episcopal Church here. 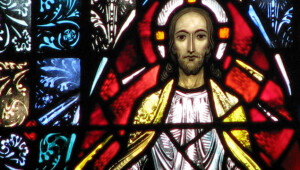 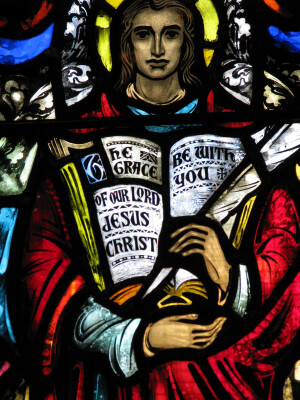 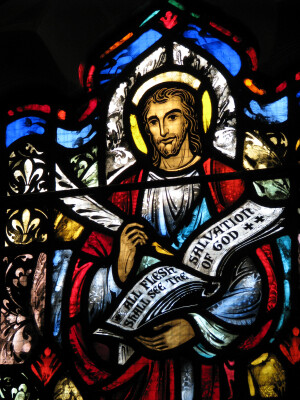