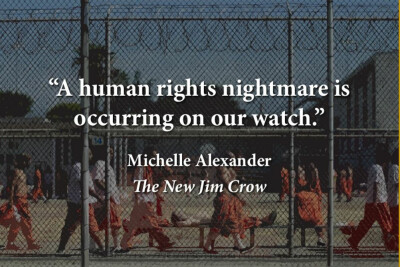 According to Michelle Alexander, in her Introduction to The New Jim Crow--the latest book-study at HSP--“a human rights nightmare is occurring on our watch.  The current system of mass incarceration permanently locks a huge percentage of the African-American community out of the mainstream society and economy.”   In a later chapter (pp. 185-186), Alexander summarizes how this punishment system works.

“The War on Drugs is the vehicle through which huge numbers of black men are forced into the cage.  The entrapment occurs in three distinct phases...The first stage is the roundup.  Vast numbers of people are swept into the criminal justice system by the police, who conduct drug operations primarily in poor communities of color.  They are rewarded in cash —through drug forfeiture laws [where the police seize and keep the cash, cars, homes and other property of those arrested] and federal grant programs [where the government pays police departments for each drug arrest they make] for rounding up as many people as possible.  And they [the police] operate unconstrained by constitutional rules of procedure that once were considered inviolate.  Police can stop, interrogate, and search anyone they choose for drug investigations...Because there is no meaningful check on the exercise of police discretion, racial biases are granted free rein.  In fact, police are allowed to rely on race as a factor in selecting whom to stop and search (even though people of color are no more likely to be guilty of drug crimes than whites)--effectively guaranteeing that those who are swept into the system are primarily black and brown.”

The conviction marks the beginning of the second phase:  the period of formal control [in prison].  Once arrested, defendants are generally denied meaningful legal representation and pressured to plead guilty whether they are or not.  Prosecutors are free to “load up” defendants with extra charges, and their decisions cannot be challenged for racial bias.  Once convicted, due to the drug war's harsh sentencing laws, drug offenders in the United States spend more time...in jail or prison, on probation or parole than drug offenders anywhere else in the world...This period of control may last a lifetime, even for those convicted of extremely minor, nonviolent offenses, [like possessing small amounts of marijuana or cocaine], but the vast majority of those swept into the system are eventually released.  They are transferred from their prison cells to a much larger, invisible cage.

The final stage has been dubbed by some advocates as the period of invisible punishment...the unique set of criminal sanctions...that operate largely outside of public view...to ensure that the vast majority of convicted offenders will never integrate into mainstream, white society.  They will be discriminated against, legally, for the rest of their lives—denied [as felons] employment, housing, education, [voting and serving on juries], and public benefits [like food stamps].  Unable to surmount these obstacles, most will eventually return to prison and then be released again, caught in a closed circuit of perpetual marginality.”

And why did we create this system in the 1980's and 1990's in the United States?  And why do we keep it going?  Check the Paraclete next month, or continue reading here.

From time to time, we will post newsletters and information about events here. Check back often!

Read news from The Episcopal Church: 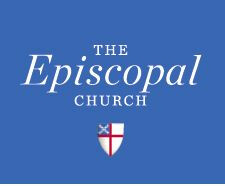 Visit the website of the Episcopal Diocese of Montana: